How to Catch a Man, Period Drama Style

"But if you DID want to catch a man how would you go about it? I want to know," persisted Davy, for whom the subject evidently possessed a certain fascination.
"You'd better ask Mrs. Boulter," said Anne thoughtlessly. "I think it's likely she knows more about the process than I do."
"I will, the next time I see her," said Davy gravely.
"Davy! If you do!" cried Anne, realizing her mistake.
"But you just told me to," protested Davy, aggrieved.
"It's time you went to bed," decreed Anne, by way of getting out of the scrape.
~Anne of the Island

On this day of love (love!) and romance (romance!) and denial (augh! denial!), I wish to extend a hand of sympathy to all my fellow single sisters, struggling through life without a significant other by their side.  You brave souls, you beacons of cold clear light in a sea of sentimental slop, you courageous warriors against all odds in this dark time that comes around every February... I salute you across the bonds of our fraternal (sisternal?) aloneness.  May this pitiable, tragic state last as briefly as possible, and may we all find our other halves soon so our lives can finally begin.

In the meantime, I thought it would be helpful to compose a little handy-dandy helpful guide to getting a guy as quickly as possible.  It hasn't worked for me yet, but maybe someone else can be helped.  If just one girl can be redeemed from a life of singledom by these invaluable tips and tricks, then my blogging shall not be in vaaaaaaaaain. 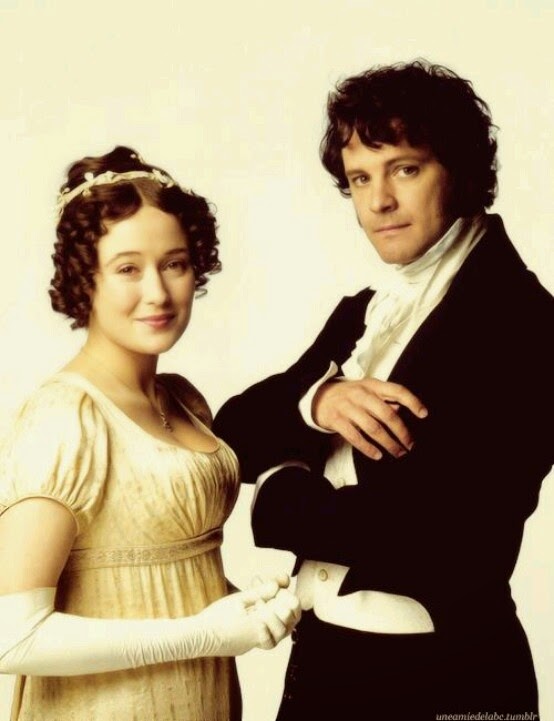 1.  Have fine eyes.  This one has been proven time and time again, but seriously, all you have to do is blink at the guy across the room, and if he's The One, he will go head over heels for the Windows to your Soul and all that rot.  Just go with it. 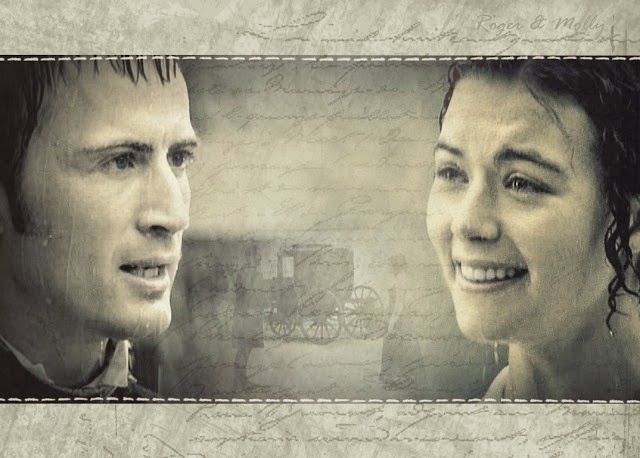 2.  Let him fall in love with your stepsister first.  Be patient.  Eventually he'll realize she's shallower than a kiddie pool and realize it was actually you he wanted all along.  (If he rides seven miles to bring you a wasp's nest, it's a deal-clincher.  Nobody does that for no reason.)  When this fact hits him over the head with all the subtlety of a two-by-four, accept his proposal graciously... but if you want to let him wallow and grovel and call himself an idiot for a little while, nobody will blame you. 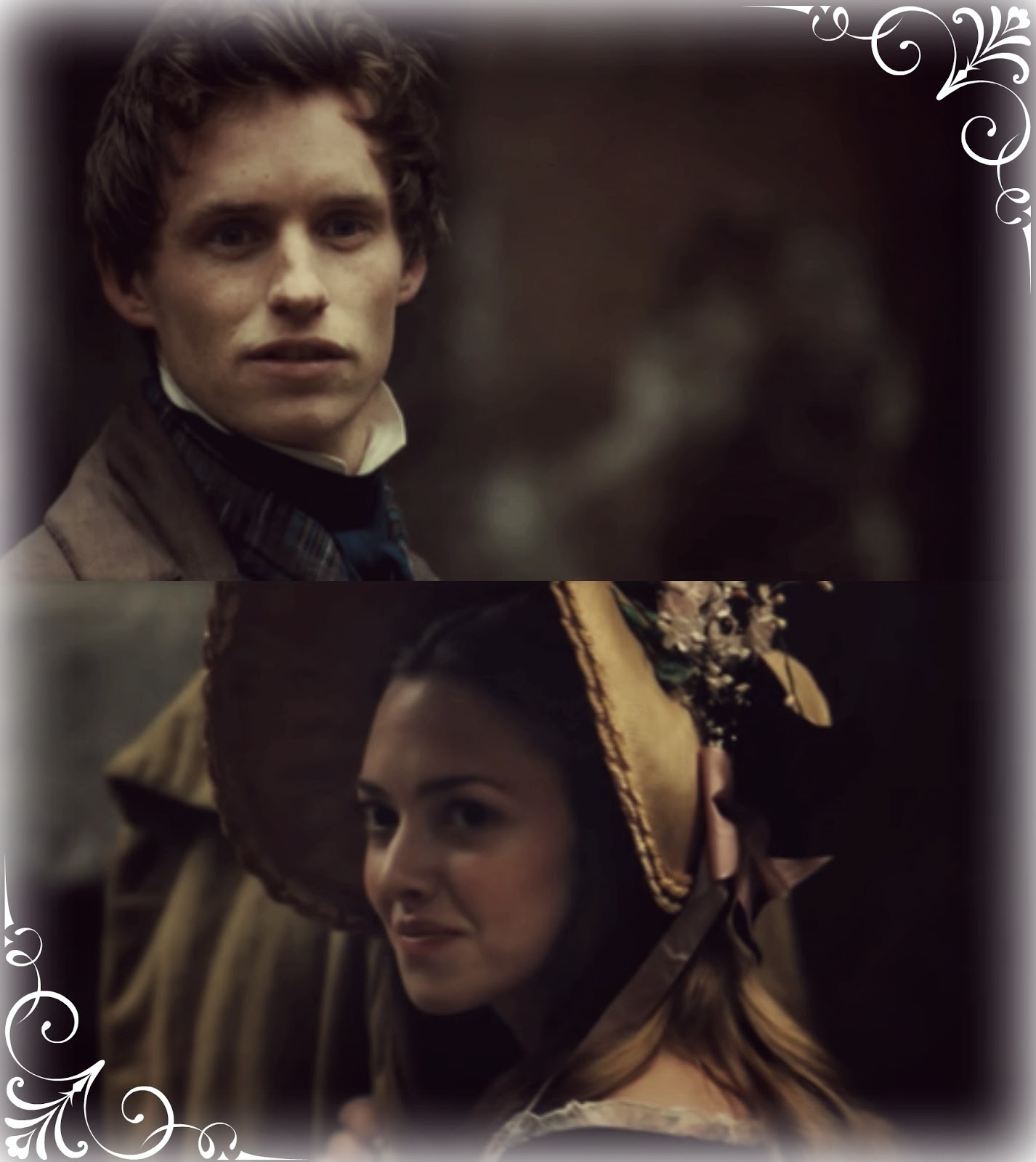 3.  Stare at him from across a crowded marketplace.  Be sure you're wearing a bonnet larger than the cumulative mass of his entire wardrobe, so as to get his attention. 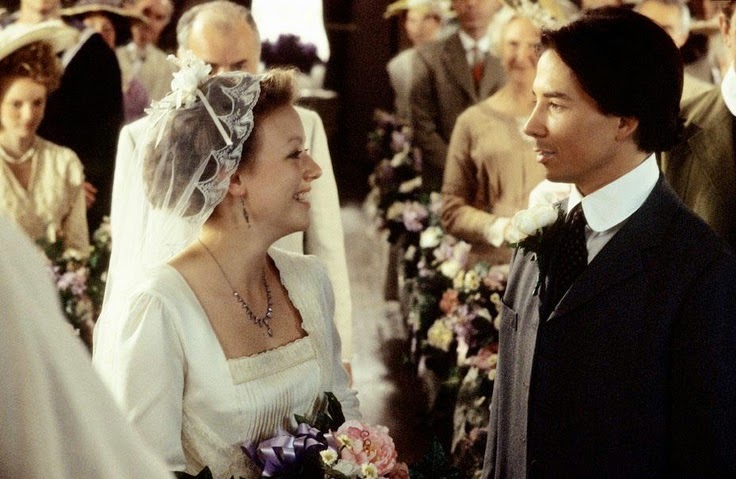 4.  Be rude to him time and time again over the years, repeatedly refuse his proposals, and call him names.  He'll stick by you anyway.  We're not sure why... maybe it's because smooching you is at least better than kissing his dog.  (I'm sorry, that was probably crude.  Hey, I didn't say 'filthy', did I now?) 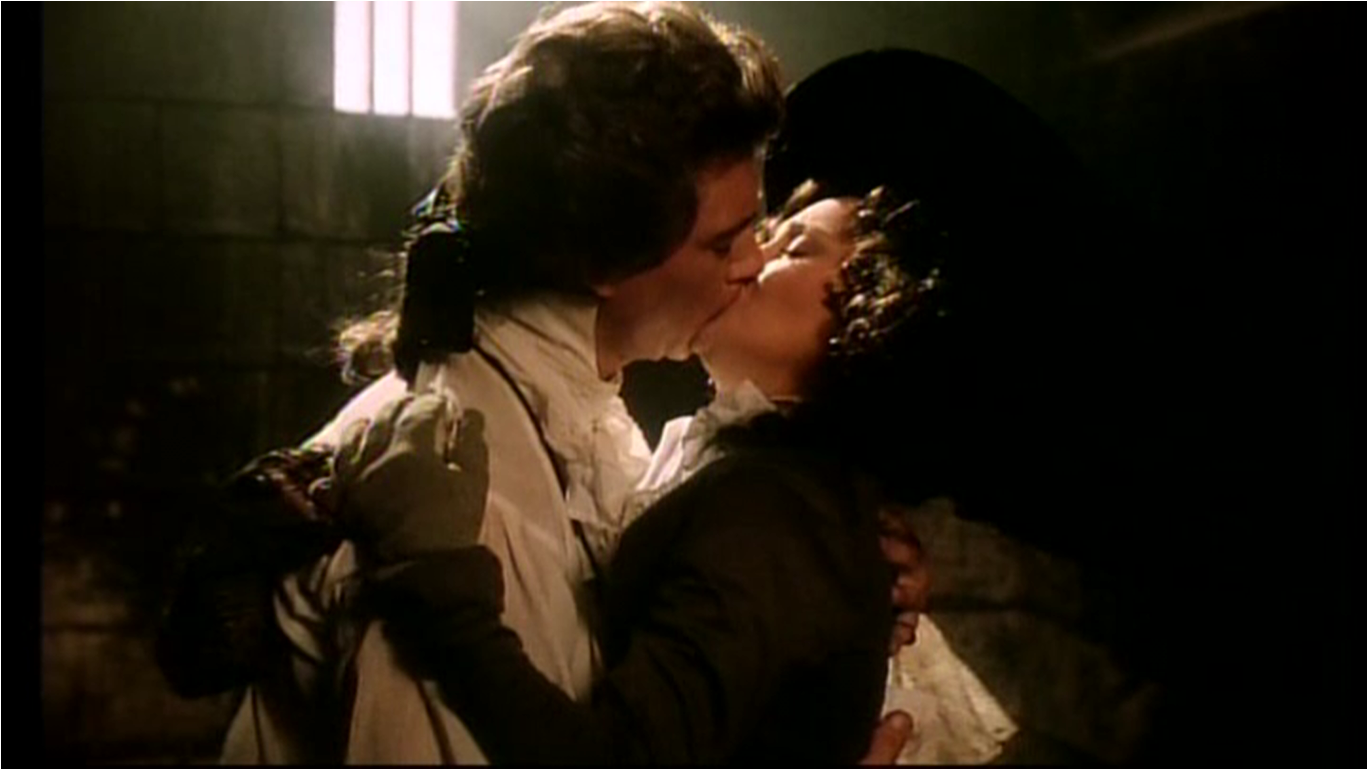 5. Have a stupid younger brother who gets himself into trouble that Cute Guy will have to get him out of, thereby meeting you and falling hard. 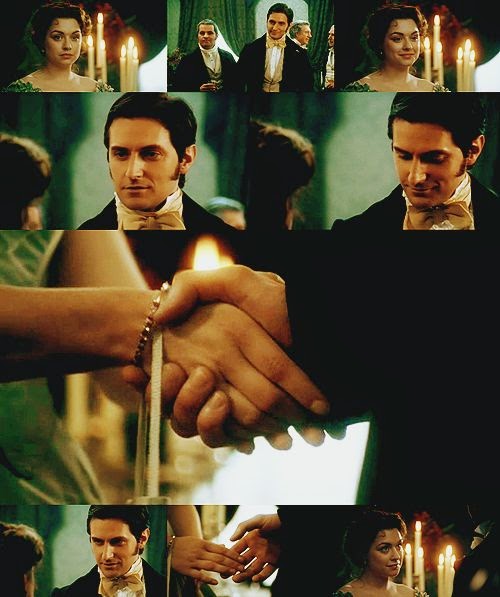 6. Insult his business and the way he treats his workers.  Then shake his hand.  Don't forget to look beautiful.  He won't know what hit him. 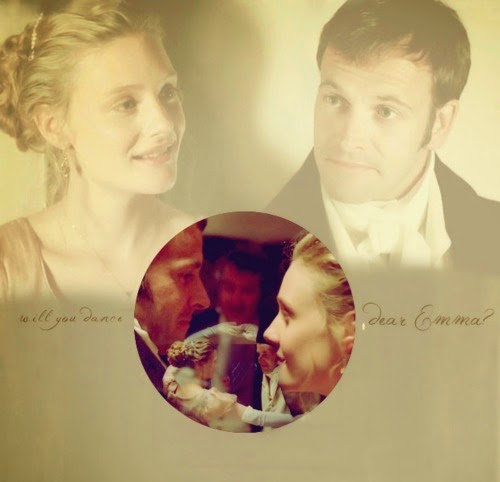 7. Tease him, pester him, and annoy him incessantly, but follow up with bearing his scolding and lecturing as no other woman in England would have done. 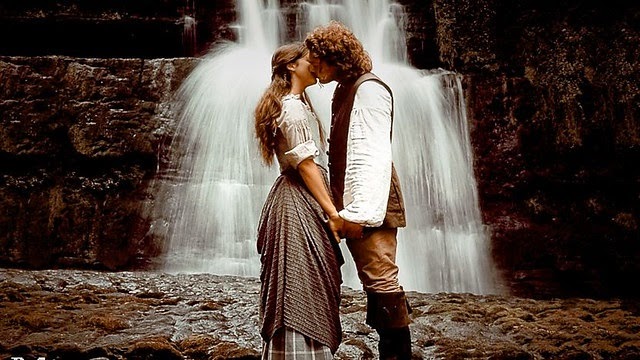 8. Rescue him from drowning when you were both children.  When he inevitably runs into you ten years later, he will of course be completely smitten.  Either the attraction of your amazingly well-developed personality stayed with him for all those years, or else he doesn't get out much and you're one of two women he knows who aren't his sisters.  Pick your preference. 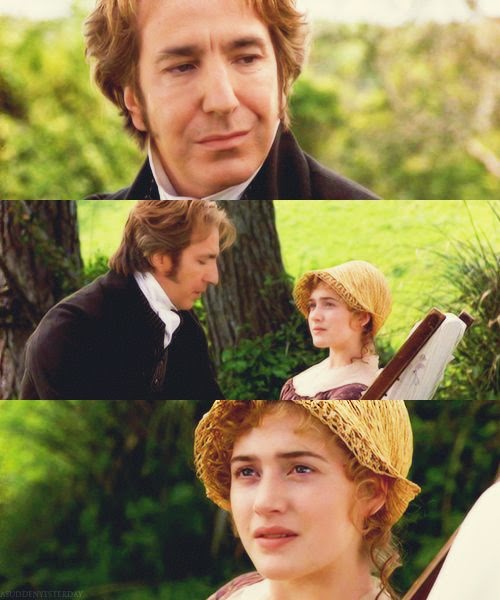 9. Fall deathly ill.  Let him play courier and fetch your mommy so you'll feel better.  Thank him and let him read you poetry.  Boom, wedding. 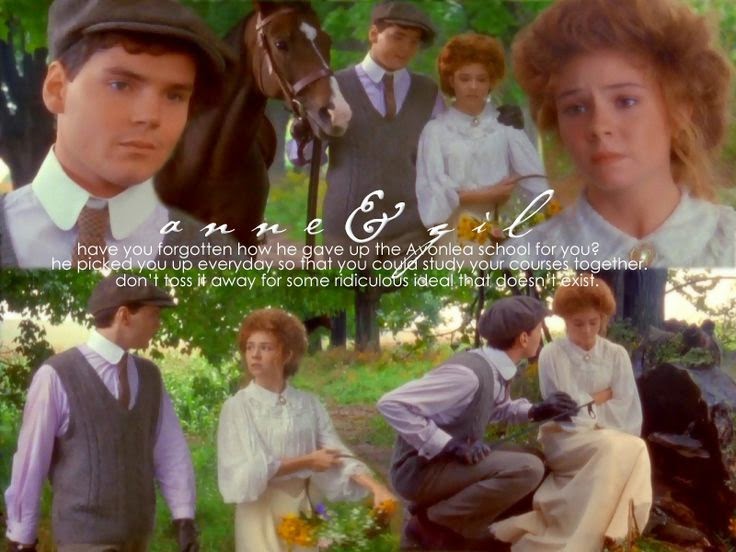 10. Get annoyed over a childhood teasing episode, hold it against him for a while, then finally mellow and be friends with the guy, but don't let it go any farther than that.  (Continue to hold out for your tall, dark and handsome ideal.)  Finally, when said guy contracts typhoid fever, come to grips with your own idiocy and realize there's never been anyone else for you.  (Let the audience cry their happy tears.) Oh, and look, he's tall, dark and handsome after all.  Yoop. 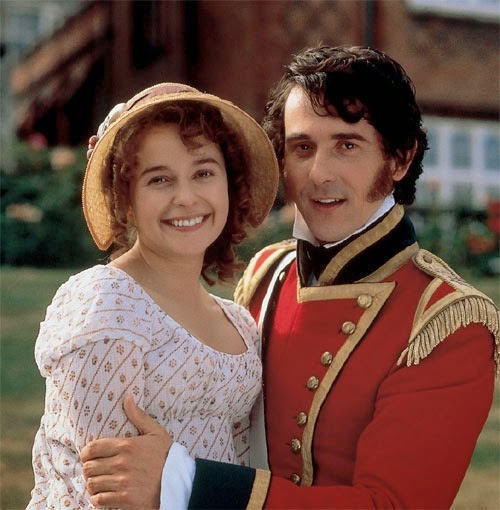 11.  If all else fails, flirt like crazy, steal the chap’s sword and let him chase after you for it, dance with him even when no one else is doing so, and generally make yourself annoyingly irresistible.  Please note, this procedure may result in running away to Gretna Green and then getting shepherded back to London for an honorable marriage by your sweetheart’s stick-in-the-mud childhood friend who’s actually in love with your big sister. What a drag.

...And if he's not out there?  Then he's not, big whoop.  Romantical love is a beautiful thing, but it's not the be-all, end-all of life.  I mean, have you had dark chocolate?
Penned by Miss Dashwood at 10:45 AM

haha! And I was JUST reading that scene in Anne of the Island yesterday :)

Aww! This was cute but funny!
Who says us single girls can't have fun on Valentine's Day, right?

HAHAHA, I loved this!!! So hilarous, great job!

THIS WAS GREAT.
Haha.
I loved it.

I was hoping you'd post something for Valentines day, and this did not disappoint. :-) I especially love the last tip, 'cause it was the only one that didn't have sarcasm. :-)

I've recently stumbled upon your blog and I've visited it a couple of times since. Anyway, I found today's post amusing. The older I get, the more I realize that romantic love has its merits, but like you said, "It's not the be-all, end-all of life". I couldn't agree more.

My grandmother seems to think that the marketplace tactic should actually work. Thankfully, she (or any other relatives or friends of mine) doesn't pester me about my wild and free singledom all that often, but when she does, her phrasing goes something like "My dear, when are you _going to get yourself_ a man?" It sounds like she's expecting me to find a crowded place and swing a fishing line or something. Or, maybe it IS all about the gigantic bonnet! :O You might be onto something here!

Ha! I spent 90% of that post laughing. And I don't even know some of those movies (though I know some new ones to put on my to-watch list!). ;p
I like your last (well, ONE of your last) statement, that there's no one who's you-er than you. :)

P.S. On a blogger side note, how did you figure out how to put pictures on the sidebar without captions?

Haha, I loved this! It's amazing these some of couples ended up together since their relationships started with so much antagonism!

This is brilliant. XD I seriously cannot stop laughing.

#12 was most definitely my favorite. ;) But #6 was my favorite of the regular ones, hahaha.

Brilliant, if a little mean and snarky, as always. Good job. ;D (You CAN get away with a lot more when we're talking about the movies and not the books though, haha.)

Hahaha! Hands down the best Valentine's Day post I have ever seen. You just made my day!

your post seriously made me laugh!! Well done; it's quite brilliant actually.

I had a date this valentines day... with my big brother granted, but still a date. ;)

just wanted to let you know how much i loved this!!!!!

AHAHAHAHAHA. "Insult his business and the way he treats his workers. Then shake his hand. Don't forget to look beautiful. He won't know what hit him." Brilliantly hilarious. Bravo as always, m'dear! :-)
~Miss Elliot

This is so darn brilliant and hilarious! xD

This. Was. Just. Brilliant.

fantastically witty. would love to see this written from the opposite perspective.

your writing is five-star yet again!

I posted a comment on this last week, but I don't see it here (I expect the computer ate it up, or something). Anyway, just wanted to say that I LOVED the post (and so did my parents, when I showed it to them)! #3 is definitely my favorite. I wish I had a bonnet like that . . .

hehehehehehe Amy you had me chuckling away at this post! Really it's so perfect! I don't know how you did it! Mum loved it too and she says "Tell Miss Dashwood it was superb" Me "It's Amy but anyway :D *Hops on computor*
Have a lovely day Amy dear!!
~Evie

Also, I have nominated you for an Award! Because you're a very clever blogger deserving of recognition :)

Love all the Avonlea and Anne references. :-)I think I should watch the Anne movies again. Perhaps during our upcoming "blizzard". ha


Hey, it's me again. This is hilarious! My sister and I had some good laughs.

Haha! Too funny. I know you posted this a little bit ago, but I wanted to tell you what a great post this was. :) Thank you for reminding us that God created us special! I love the one about falling sick and he calls your mother. :) What is that from? (I'm sorry, I just learning about this wonderful world of period drama. :)) Of course, you described Anne and Gill's romance in 4 sentences! Bravo! Thanks!

Love this! I saw a video on youtube a while back that you'd probably like. https://www.youtube.com/watch?v=svKWGnrbVos
Chris
So Much At Home